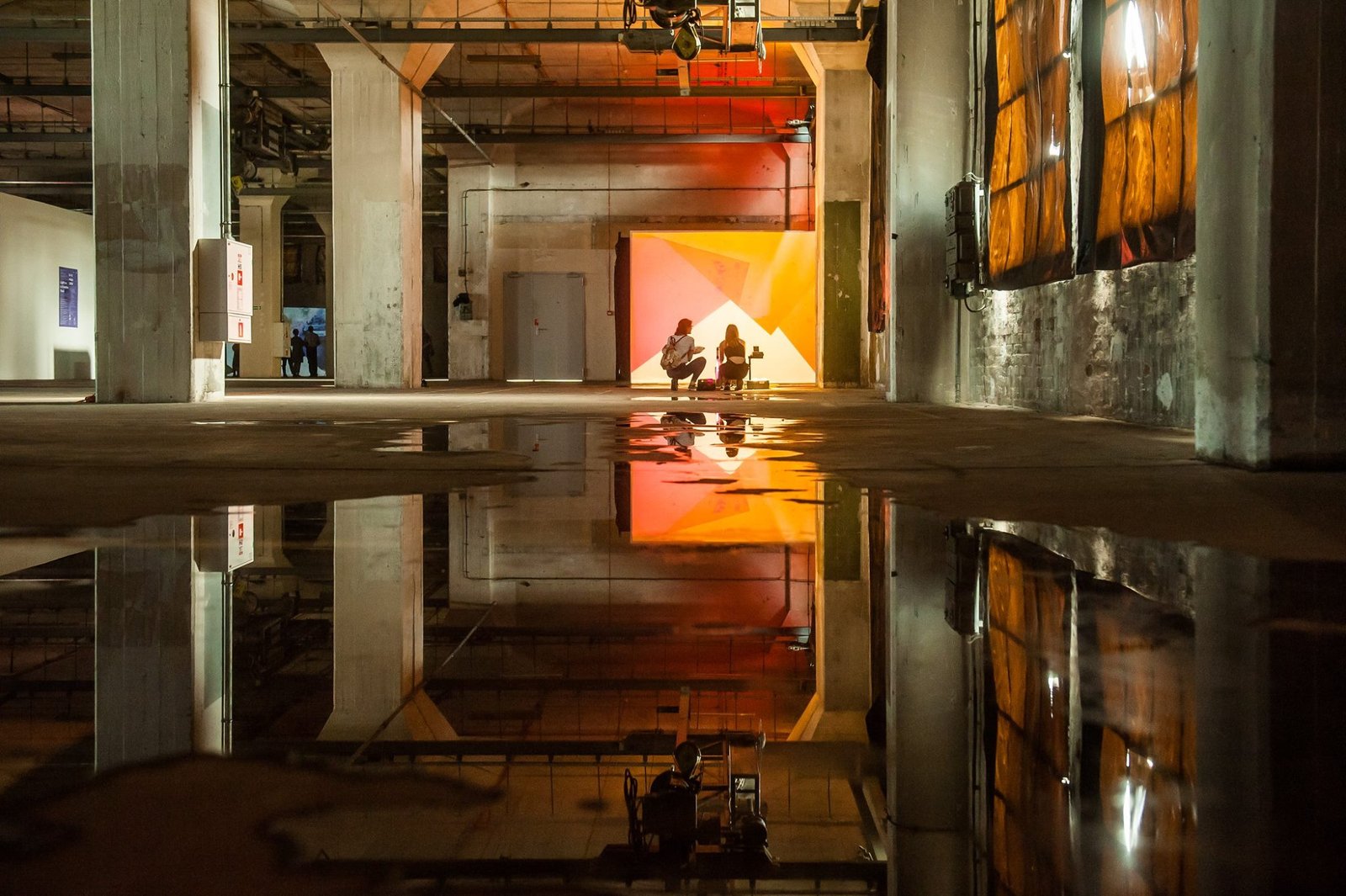 Light As a Creative tool 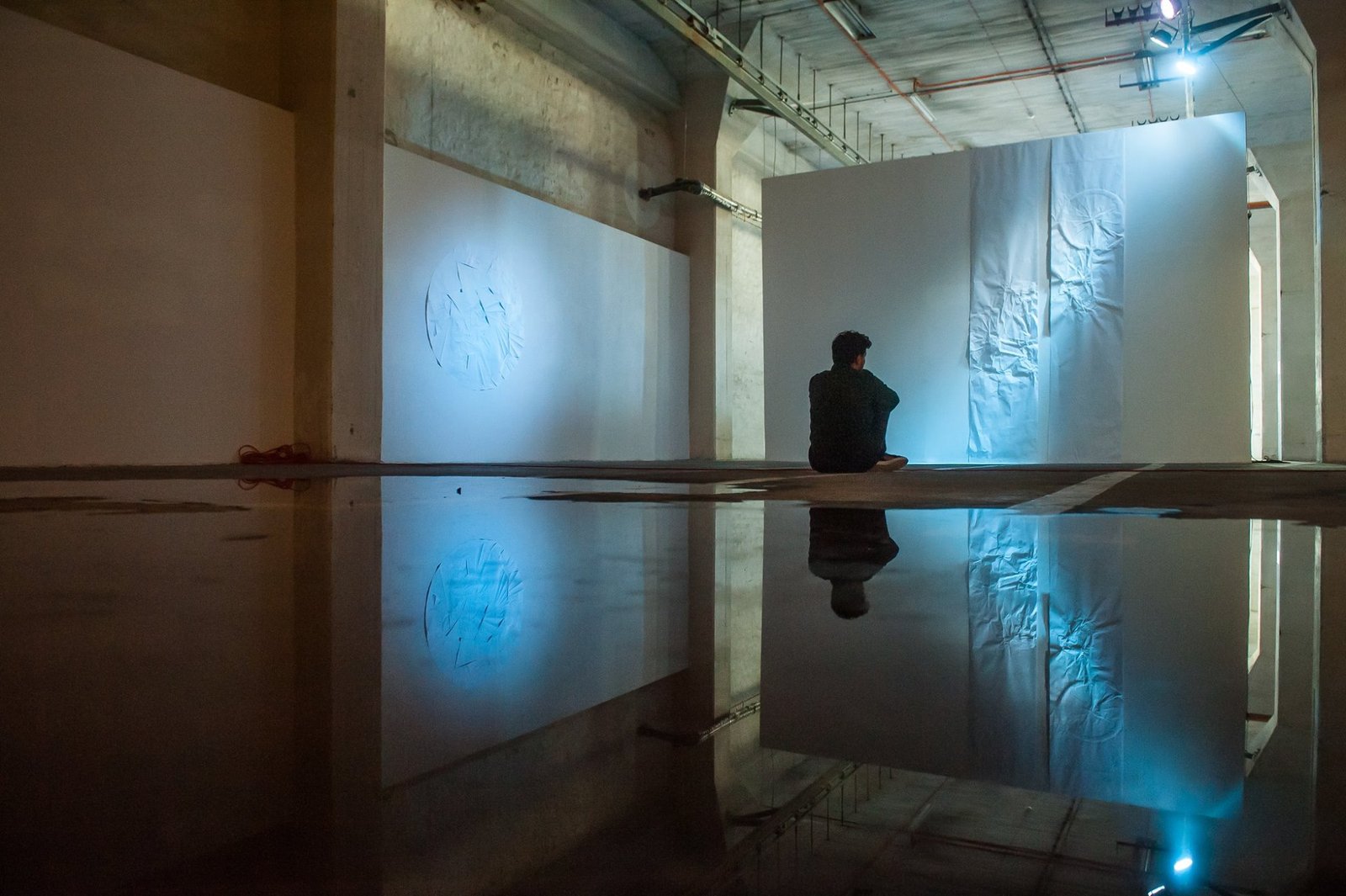 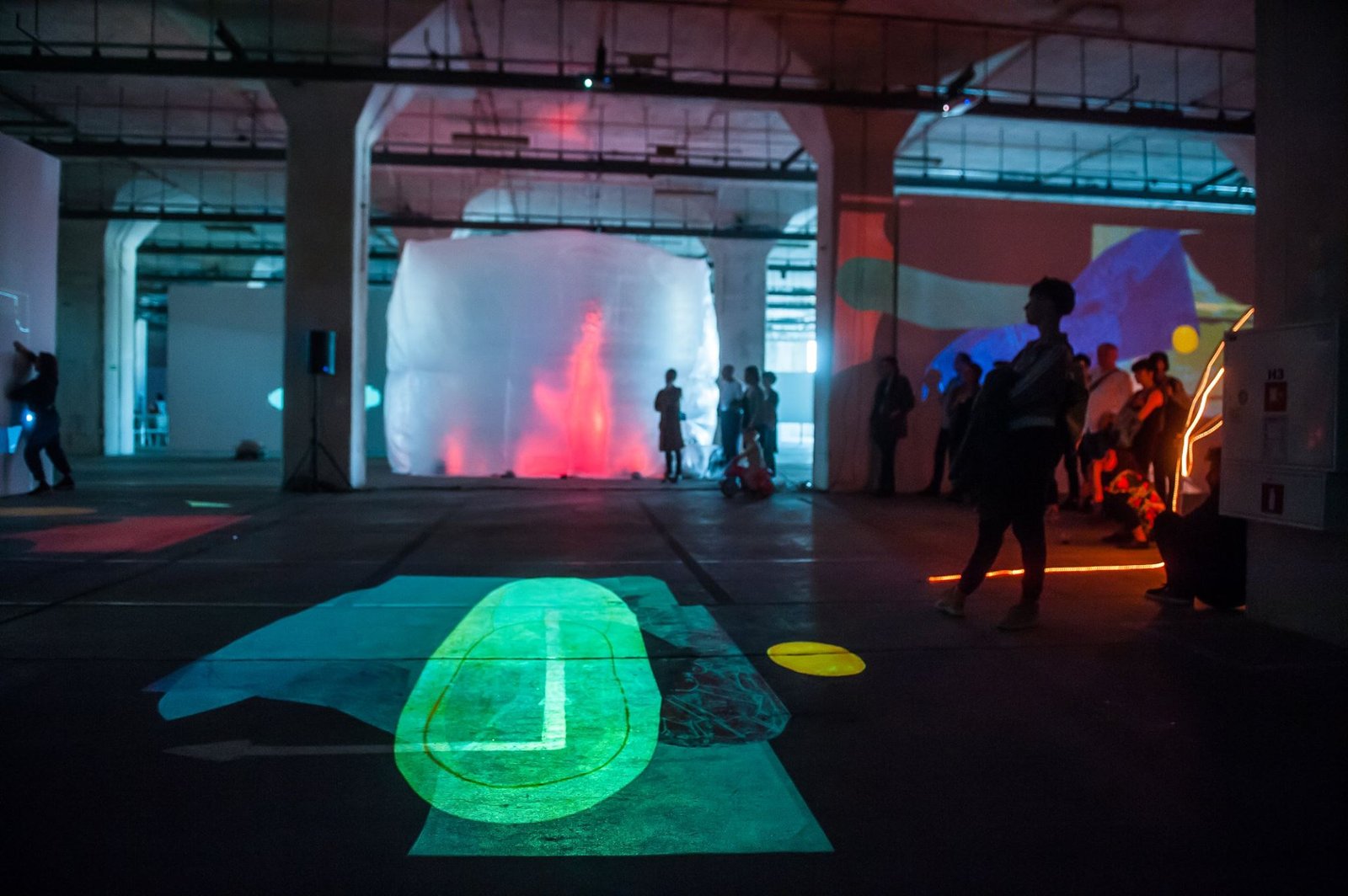 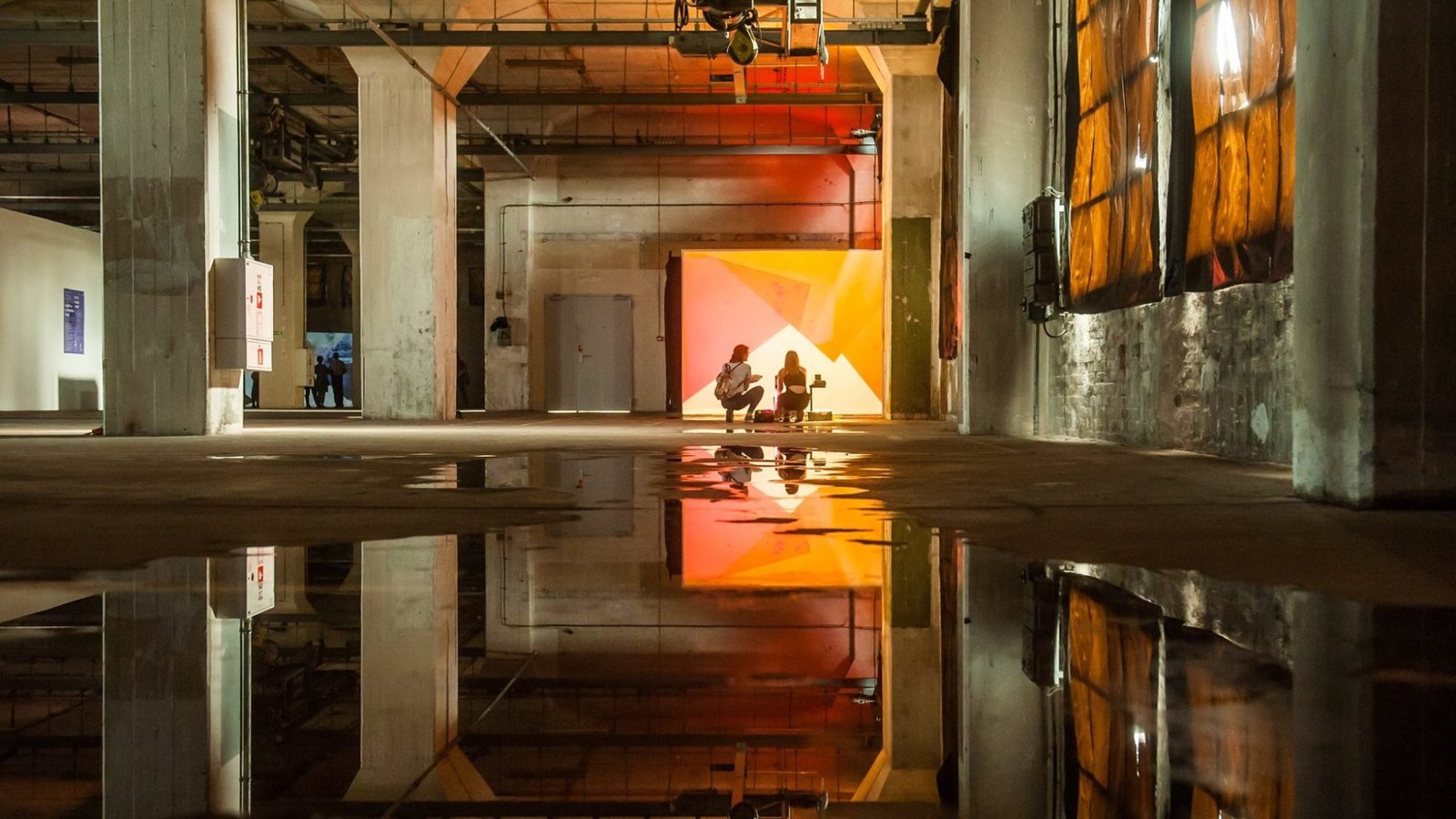 Light As A Creative Tool 2.0 workshops:

Please see detaild description of each workshop in the 2.0 application section.

In this workshop we create an installation with different household lamps. Every participants brings 3 old, funny, cool or kitschy lamps: what you find in your cellar, in the house of your grandma or friends or even in the garbage. Big, small, hanging or standard lamp, everything is fine. After a basic introduction to Arduino and programming microcontrollers, we start to connect all lamps through relays to the microcontroller and write a program to create a kind of visual concert by switching on and off the lamplights. No previous knowledge is necessary, workshop participants have to bring a Laptop.

Ralph Kistler – lives and works as visual artist in Munich, Germany. He has a PhD in Fine Arts, Universidad de La Laguna, Tenerife, Spain and a Master of Public Art and New Artistic
Strategies from Bauhaus University Weimar, Germany.
He participated in international exhibitions and festivals like Piksel Festival in Bergen, Transmediale in Berlin, Japan Media Arts Festival in Tokyo, FILE Festival in Sao Paulo, Share Prize in Turin and the WRO Media Art Biennale in Wroclaw.
Website: www.subtours.com

During the class, participants will be able to learn about the Touch Designer environment as a tool for generating visualizations in real time. Participants will learn about the program interface, signal processing options and input data such as audio signals from microphones or audio interfaces, connecting input signals to graphic elements, creating generative graphics, composing 2D and 3D animations, lighting and texture settings , MIDI controllers, and post-production. The entire course will be conducted in the context of the use of Touch Designer software in generative real-time audiovisual performances using 2D / 3D mapping. Workshop will end with a joint performance / presentation of participants under the guidance of an instructor.

Radosław Deruba – vj, live visual performer, author of music videos,  live visuals , interactive installations, generative creator. He presented his works at numerous concerts and individual exhibitions around the world, including at the Centro Nacional de las Artes in Mexico, Zachęta National Gallery of Art in Warsaw, the European Parliament, TVP KULTURA, the State Art Gallery in Sopot, Szczecin Philharmonic, Brancaleone in Rome, Audioriver Festival, Tauron Nowa Muzyka Festival, Silesian Stadium, Interference Festival, Royal Palace in Warsaw, Audiovisual Technology Center in Wrocław, Circle of Light Festival in Moscow, Center for Contemporary Art in Gdańsk, Toruń and Warsaw, Polin Warsaw, Intro Festival or in Loophole in Berlin. Winner of the Grand Prix at the WRO 2017 Biennale Draft Systems as the INFER project and the Videozone Festival 2015 for the best visualizations. Finalist of visual festivals: Polish Graphic Design Awards 2018, inSPIRACJE 2014, LPM 2013 Mexico, LPM 2013 Rome, Videozone 2012 and 2013, IN & OUT 2012. Initiator and coordinator of the International VJ Battle at the Interference Festival. Since 2008, he has been conducting workshops and classes in the field of animation and visualization. A resident of noted polish clubs: Sphinx 700, Redlight and B90 clubs.

Michał Labijak – a lighting master, he has built, cocreated and technically supported many concerts, events, and artistic installations in galleries, clubs and festivals. In his practice he often uses garagecube MADmapper software for LED mapping as well as for combining video and mapping. His software skills, technical experience and deep understanding of the whole context of the event are always resulting in an excellent light work.

The workshop will be conducted by two artists from Wrocław: Paweł Lisek, a visual artist and academic teacher and the composer Piotr Bednarczyk, who also uses a visual sphere in his pieces; combining projection with stage lighting and stroboscopes.
The installations made during that workshop should be interactive, with the interplay of equally important elements of light and sound. Depending on the group development, a final result might be a range of works: from digital installations, through interactive objects up to a micro concert using created light instruments.

Piotr Bednarczyk – Polish composer born in 1994 in Koszalin. In 2019, he graduated from composition at the Music Academy in Wrocław in the class of dr hab. Cezary Duchnowski. His composing activities are focused mainly on instrumental chamber, electroacoustic and electronic music. In his works, the composer focuses on searching for interesting sound structures using unconventional sound extraction techniques and live electronics. His stylistic interests revolve around noise, glitch and club music. In his compositions he uses performative actions and lighting control. Bednarczyk is also an active performer of his music. He creates the LOUFR one-man project, under which he performs his own electronic music. Piotr is a member of the Sound Factory Orchestra where he deals with the implementation of audio and electronic parts. Bednarczyk is also part of the Wkurvv collective in Wrocław, whose popular activity is the popularization of experimental electronic music. His works were presented, among others during contemporary music festivals such as: Warsaw Autumn, Musica Electronica Nova, Musica Polonica Nova, CROSSROADS, Słuchalnia, Muslab, New Music Week, GAIDA Festival, Idealistic Festival, Klangwerkstatt Berlin – Festival fÃ1⁄4r Neue Musik and SNIM. He collaborated with with NAMES Ensemble, Ensemble Adapter, Garage Ensemble, Sound Factory Orchestra, Ensemble Kompopolex, Ensemble Synaesthesis, SNIM Ensemble, Trio Layers, Ars Nova Ensemble, and Ensemble s201.

Dr Paweł Lisek – an artist, creator and producer of interactive multimedia projects, in which he combines layers of sound and pictures. As a visual artist he often works with composers and musicians. He was responsible for the visual sphere in the project “Saved from oblivion – Witold Szalonek and his sounds combined” with the Sound Factory Orchestra. Together with Adam Abel and Cezary Duchnowski he created The Phantom project, that started a series of shows created jointly by visual artists and composers based in Wrocław. At the festival in the Torun’s CCA “Lutosławski / Pole Widzenia – Pole słyszenia” he performed in the AVATAR project together with Adam Bałdych and Paweł Hendrich. As part of the fifth edition of the Musica Electronica Nova festival together with the students Lisek created visual improvised impressions of works by Bogusław Schaeffer and Trevor Wishart performed by Belgian band Musiques & Recherches.

In this workshop participants will work in two parts: first digitalizing analog content for the purpose of projection. And second part will consist of preparing quality material for an outdoor projection.

Antti Hietaniemi – trained as a graphic designer and graduated as a master of arts in new media from Aalto University, Helsinki Finland, Antti Hietaniemi has designed and created live visual performances for the past fifteen years in a variety of contexts, from cultural institutions to underground music parties in the Nordic countries and abroad. As an educator Hietaniemi is trying to find and convey meaningful ways of using various visual software tools for the benefit of performing arts, visual communication design and audience enjoyment. He teaches digital media and contemporary design courses at the Aalto University Department of Media, focusing on digital literacy, motion graphics and real-time audiovisual performance.
http://www.anttihietaniemi.com

Constructing a film set scene – its space and ambiance – and making observations on how light enhances, shifts and brings the scene to life.
I would like to draw attention to a variety of light sources with some special attention to mirrors and reflective surfaces. Our workshop practice will explore both day and night settings. Each participant/team will have a choice of two fragments from literature and some film references. Following the choice of one of them we will next find right situ / location, that will allow the scene to be shot.
We will use light sources, mirrors, sheets of metal, glass, and other found materials. This workshop will be an inspiring and developing experience, a careful exploration of the subject with sensitive observations that will help each participant to deliver a satisfying material.

Elwira Pluta – Production Designer, Set Designer, author of installations, born and living in Warsaw, Poland. She  studied at the Courtauld Institute of Art and Central St Martins School of Arts and  Production Design for Film and Tv, at the School of 3D Design, at Kingston upon Thames University, London UK.
Production Designer for nearly thirty feature films.   In 2009 awarded for Best  Production Design at PFF in Gdynia, for two films : All that I love (Wszystko Co Kocham), and much loved by young audience the Magic Tree.  She has worked with many first-time and aclaimed filmmakers alike.
She is a regular member of PFF jury in Gdynia film festival.

LAACT 2.0 workshop – The use of staging light in artistic creation

With the use of staging light the group will explore light in a direction of creating reflections, shadows and colors that will change the perception of objects. Students will take the time to see and discuss how could the environment of the set be changed by the lighting.

LAACT 2.0 workshop – A fluent relationship between space and light

This workshop focuses on the study of space and light. How the light works in space. Students will construct a space out of given materials, focusing on how the light and shadow work in space.

Kai van der Puij – is a Finnish designer based in Helsinki. His interests lie in architecture, art and furniture design. Has graduated from the University of Art and Design with a master´s degree in interior architecture and from the Helsinki University of Technology with a master´s degree in architecture. He has been senior lecturer in Lahti Institute of Design and thesis evaluator in Aalto University. Kai has participated in various furniture exhibitions and worked together with several finish architects. He found his own design firm in 2006. Most recently he has exhibited his installation 1-11,5Hx in RGB Light Experience, Rome, EVI LICHTUNGEN Hildesheim, LUX-IN, Helsinki and at Mexico City Light Festival – Filux.
www.kaivanderpuij.com

Any cookies that may not be particularly necessary for the website to function and is used specifically to collect user personal data via analytics, ads, other embedded contents are termed as non-necessary cookies. It is mandatory to procure user consent prior to running these cookies on your website.